We made it to our hotel in Tijuana with daylight to spare, even after getting lost in the suburbs of town. After cleaning up, we went downstairs to grab a bite to eat in the hotel's "diner".

It turned out that the diner was in fact a small, classy restaurant with a wildly ambitious chef. We tried ceviche for the first time, and were blown away by the dish they delivered. Natalie had Steak Tampiqueños, and I had a very nice steak with pepper sauce and steamed vegetables. To top it off, Natalie had an amazingly good margarita with a very heavy pour of good tequila, and I had a very nice gin & tonic. It was quite probably the best meal we've had the whole trip, and that includes the dinner at LAVO in Las Vegas that cost twice as much. During the whole meal we kept the waiters amused by how intently we were watching a local Mexico League soccer game on one TV, while ignoring the NFL game on the other.

After dinner we decided to risk venturing out onto Revolucion Street, the local night life area. It turned out that we were some of the only gringos I could see, with the rest of the street packed with locals. We walked about a mile, just people-watching, and I got to fulfill a promise I made to myself in Seattle: If I made it this far, to smoke a cigar in Tijuana. I didn't even finish half of it. I guess I'm not much of a smoker...

As we headed back to the hotel, we noticed a bunch of motorcycles parked on the sidewalk in front of El Fronton Palacio, the local jai alai stadium. How could we resist checking them out? We ended up chatting with the the members of one of the local Tijuana motorcycle crews about bikes, our trip, and the merits of this bike or that. They were nice guys, with a few really unique bike builds!

We're back in our room now, munching on Mexican candy from the corner Oxxo and chilling out. I know that Tijuana has its problems, but from what I saw, it also has a great night life, amazing food, and some pretty cool locals. 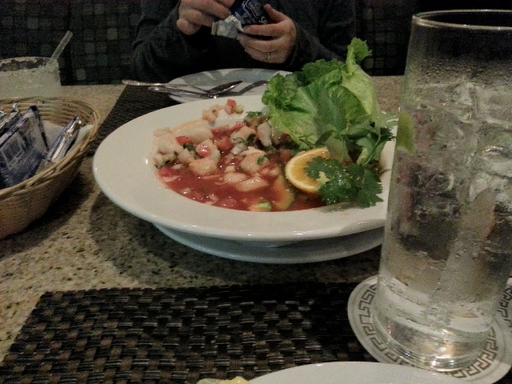 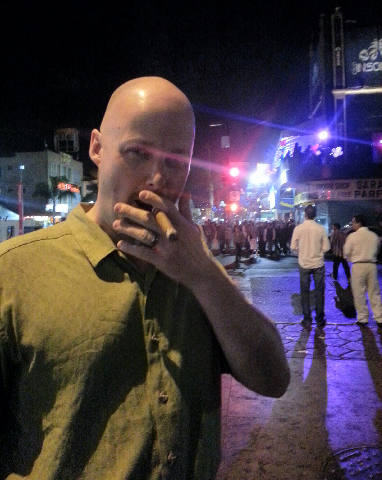 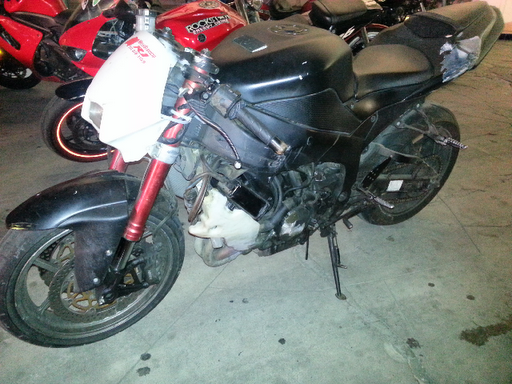